Saving the World: What Humanity can do to End Crisis and Improve Environment

World hunger, lack of resources, economic crisis, deforestation, exploitation of seas and soils, and air and water pollution are all pushing our world into ecological catastrophe. Vital resources, such as freshwater, are decreasing while the number of people is growing. Glaciers continue to melt, changing the world's oceans and climate. New diseases are emerging, and antibiotics might not work for bacteria. In this article, we will analyze what may happen if people don’t change and show the possible solutions to the global crisis and environmental catastrophe.

It’s time to save the Earth from ourselves - humans. Each of us has heard about environmental issues. Deforestation, pollution of the environment with waste, and garbage that does not decompose for decades - are prerequisites for ecological catastrophe. All of us can prevent it. We urge you to start with yourself - otherwise, you will not be able to save the planet.

What May Happen if we Don't Change

Current extinction rates are about 1,000 times higher than before the appearance of humans and are expected to be about 10,000 times higher in the future. According to a study published by IPBES, human actions could lead to the extinction of half of African birds and mammals by the end of 2100. 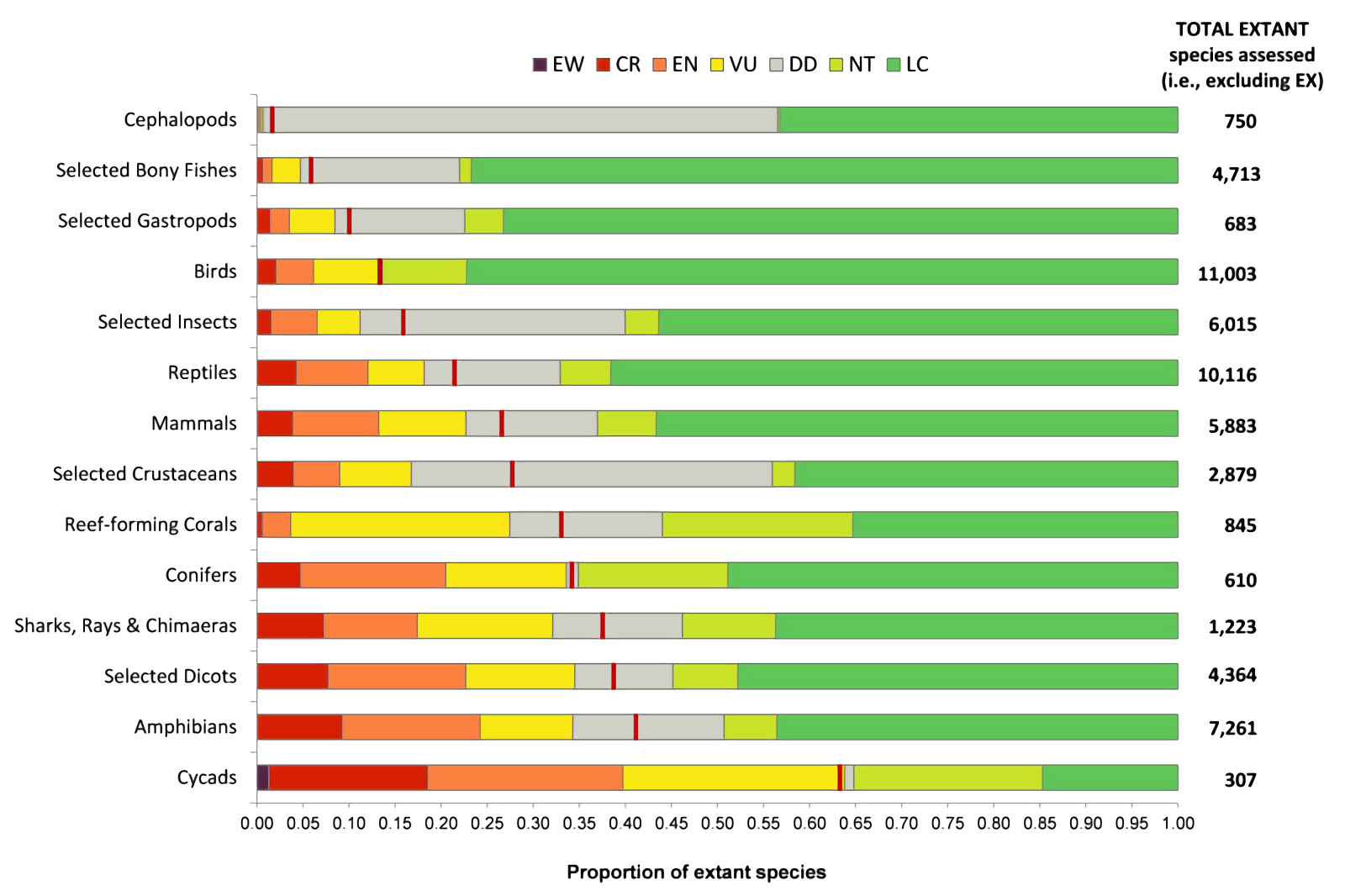 The proportion of extant (i.e., excluding Extinct) species in The IUCN Red List of Threatened Species.

Although climate change is a growing threat, the main drivers of biodiversity loss remain habitat loss through land use for food, fuel, and timber and the over-exploitation of plants and animals by humans through deforestation, hunting, and fishing.

Mammals such as pangolins, for example, are on the verge of extinction due to illegal hunting for their shells and meat. Irrational deforestation contributes to rhinolite monkeys' extinction in Myanmar, and the expansion of agriculture is destroying animals such as cheetahs.

Land degradation includes forest disappearance, which accelerates in tropical forests with some of Earth's highest levels of biodiversity. 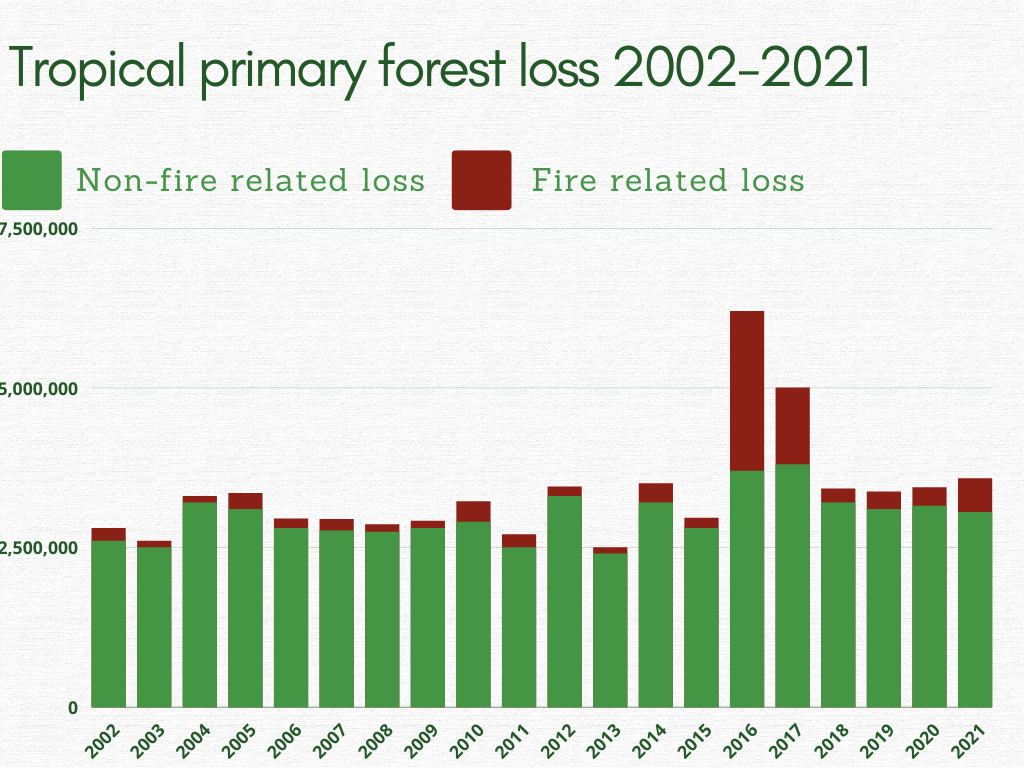 It is directly related to the increase in population on Earth. The swamps need to be drained to break up the fields and accommodate everyone. They need to be fed and provided with light and heat, leading to deforestation. The fewer forests, the fewer rivers. And the volumes of plants and factories will increase - even more emissions into the atmosphere. 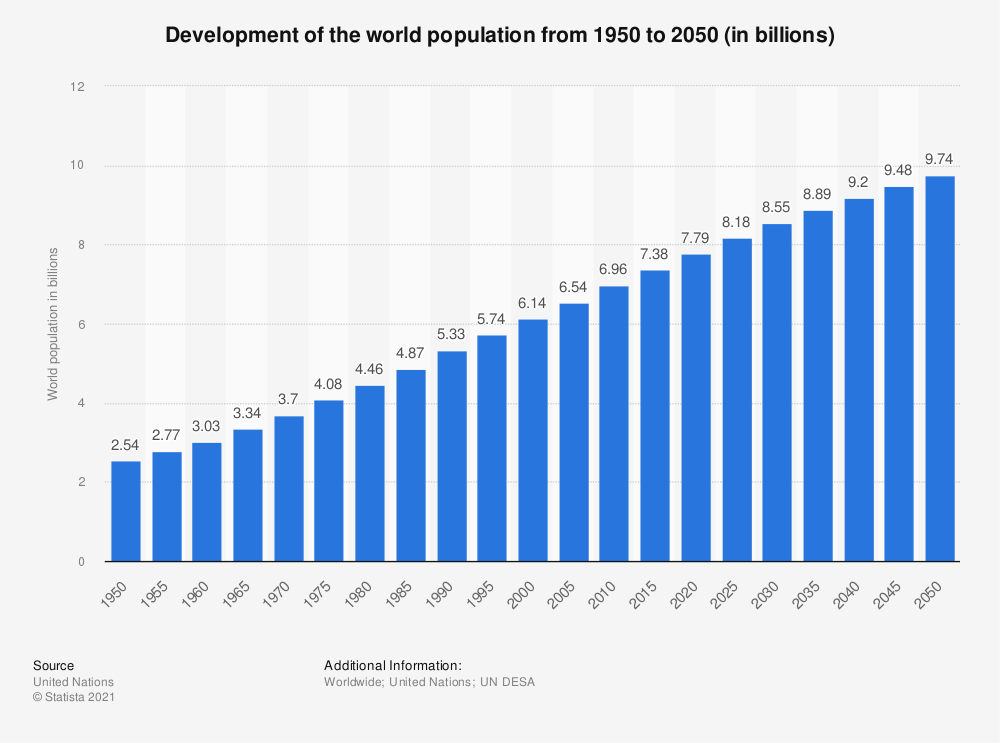 Is it Possible to End World Hunger?

Researchers have estimated that countries need more than double food security spending to overcome world hunger by 2030. In total, they will need about $330 billion.

Efforts to combat hunger have traditionally focused on producing more food. Still, this method is costly to the environment. Agriculture is depleting 70% of the world's freshwater reserves and 40% of the land. It has contributed to the almost complete extinction of about a million species. Food production generates 30% of the world's greenhouse gas (GHG) emissions and is the main cause of deforestation in the Amazon.

Thus, politicians seeking to eradicate hunger today face a dilemma: not to allow billions of people to starve and save the planet. ​​Researchers suggest working to reduce crop losses: focusing not only on storage issues but also on growing more nutritious fruits and vegetables.

Let’s consider different ideas that scientists believe can help save the world from hunger:

Ecology is about living in the world without destroying it. The future of a clean environment and the entire planet's ecology depends on each of us. Small steps give more chances to create a comfortable, clean, healthy environment. Such a movement as eco-activism is becoming more and more popular. It is one way to involve people in social or political organizations to prevent environmental damage.

Experts call for radical changes in energy production and consumption, industries, construction, and transport. But without waiting for initiatives at the state level, we can try to help the planet, be more eco-friendly and educate others by our example.

What can we do?

Many simple methods to save energy at home can also help you save money—for example, optimal lighting. Use natural light during the day. When you turn on the lights in the evening, do it only where necessary. Don’t lighten the whole apartment if you use only one room. You can also use energy-saving lamps - they last longer and consume less energy than conventional ones. Do not heat more water in the kettle than you need, and don’t overuse the heating. Turn it off when you are not at home.

Fresh, clean water is a limited resource. 2.1 billion people worldwide don’t have access to safe drinking water. Instead of a bath, you can take a shower. Turning off the water while brushing your teeth twice a day can save 30 liters of water a day which is 900 liters a month, according to the US Environmental Protection Agency.

It often happens that the things we buy soon become unnecessary. To not throw them, you can give those things a second chance or leave them in the places where other people can pick them up. In Europe and the USA, you can often see the unnecessary furniture displayed on the streets. In this way, you carry out the cycle of things in nature and reduce the amount of garbage.

Particular attention should be paid to the choice of cosmetics and chemicals used in everyday life. Choose the products that have not been tested on animals and don’t hurt the environment at different stages of production.

Avoid fast food and semi-finished products - meat, fish, and eggs from stores. Experts say that today the production of these products is entirely controlled by monopoly companies that abuse antibiotics, overload the ecosystem, and apply the principles of intensive management for profit. Also, the emissions from such large enterprises often neglect the waste disposal system.

Promising Technologies to Invest in

Another thing you can do to save the planet from crisis is to try and find promising technologies to invest in. Among the modern technological areas, the most attractive to investors in 2022 are artificial intelligence and machine learning, quantum technology, cybersecurity, genetics and bioinformatics, neurobiology, energy, mobility, space technology, and food and agricultural technology. Let’s see some of them in more detail.

In addition, the company Illumina, which specializes in genome sequencing (the study of DNA sequences), is now valued at $72 billion. In comparison, the cost of deciphering the human genome has decreased ten times over the past six years.

Foodtech and agrotech are also of interest for venture investments. Priority projects are related to biomaterials, alternative protein sources, and test-tube food. Startups in innovative food products are developing especially rapidly. 75% of investments in alternative protein sources were raised in the last three years.
Against an unprecedented focus on clean tech, natural gas investment posted the highest growth by the end of 2021 for both fossil fuels and renewables (+24.5%). Alternative energy is also investors' attention, primarily hydrogen.

Coexistence is the key to Existence

Nature has its original laws. It is a multi-level mechanism where everything is interconnected and strikingly perfect. Even the most diminutive creature on earth, unique and inimitable, is an integral part of this mechanism. And the slightest interference in this world of wildlife leads to its imbalance.

But sometimes people forget about this, distort this living world, destroy its representatives, disrupt the harmony of coexistence of man and environment, and therefore - ruin the balance of life.

Every living thing on Earth is unique and inimitable. Human activities exacerbate natural disasters, global warming, deforestation, destructive acid rain, ozone holes in the stratosphere, deteriorating natural bodies of water, and the extinction of hundreds of species of plants and animals.

Nature can’t heal itself, and we have no right to rebuild the environment at our own discretion. There are fewer birds and animals, and unique species are disappearing. The catastrophically rapid extinction of some species and the threatening situation of others are alarming to the scientific community. Humanity has begun to reflect on scientists' predictions of the possibility of a global environmental catastrophe on the planet when there is a threat to our own existence.

So how do we maintain such interactions with the world and move towards coexistence? Only if we combine a comprehensive suite of environmental protection measures with efforts to find the reasons for the crisis.

Humanity has only a little time to change its attitude, reconsider the consumer attitude to nature, reduce the level of industrial pollution on the planet and reduce CO2 emissions. Because after 2030, the experts predict irreversible climate changes.

While the evidence for climate change is undeniable, we can still try to reverse the global catastrophes. It will require fundamental transformations in all aspects of society - how we grow food, use land, transport goods, and produce energy in our countries.

While technology contributes to climate change, new and efficient investments can help us reduce net emissions and create a greener planet. Today, more than 70 percent of emissions can already be reduced thanks to ready-to-use technological developments. In many places, renewables are currently the cheapest alternative, and electric vehicles are ready to become the dominant mode of transportation.

These forward-thinking developments will enable us to leap into a cleaner and more sustainable world. If governments, businesses, education, civil society, and youth work together, we can create a greener planet with less suffering, more justice, and harmony between people and the environment.

If you experience any business challenges, have questions regarding the possible technologies to invest and don’t know where to start, we are always ready to help you. Let's talk and see how we can grow your business together and attract your customers.